10 IMPORTANT STUDIES ON CHIROPRACTIC AND RESISTING A VIRUS

How can chiropractic save you from the latest pandemic like the coronavirus? Many will wonder where the connection lies? It is important to know that scientific studies done both inside and outside of chiropractic have determined a direct correlation between spinal alignment, the function of the immune system, and fighting off illness and infection.

As an example, in 1974, physiologist Dr. I.M. Korr proposed that “spinal lesions” (similar to the vertebral subluxation complex) are associated with exaggerated sympathetic activity, a division of the autonomic nervous system.1 Sympathetic activity has been shown to release immune regulatory cells into the blood circulation, which alters immune function. Drs. Murray, Irwin, and Reardon were the authors of the report that stated: “Growing evidence suggests that immune function is regulated in part by the sympathetic nervous system. Sympathetic nerve endings densely innervate lymphoid tissue such as the spleen, lymph nodes, and the thymus, and lymphoid cells have beta 2 adregenergic receptors.” 2

The coronavirus, flu, or other viral pandemics are often compared to the St. Louis 1918 (Spanish) flu epidemic. This 1918 flu-infected and killed radically more people than any similar outbreak in history, killing many Americans and riddling the country with fear. It has been estimated that 20 million people died throughout the world, including about 500,000 in the U.S.

During that 1918 flu, researchers in Davenport, Iowa found that out of the 93,590 patients treated by medical doctors, there were 6,116 deaths — a loss of one patient out of every 15. Chiropractors at the Palmer School of Chiropractic adjusted 1,635 cases, with only one death. Outside Davenport, chiropractors in Iowa cared for 4,735 cases with only six deaths — one out of 866. During the same epidemic, in Oklahoma, out of 3,490 flu patients under chiropractic care, there were only seven deaths. Furthermore, chiropractors were called in 233 cases given up as lost after medical treatment and reportedly saved all but 25. In another report covering 4,193 cases by 213 chiropractors, 4,104 showed complete recovery.3,4,5 These results are part of the proven, critical link between the body’s central nervous system and the immune system.

A 2004 study published in a journal of orthopedics by researchers who study “Nerve Information & Blood Circulation” evaluated the relationship between vertebral deformities and the immune system.  According to the results of this study, chronic nerve compression secondary to vertebral deformity (subluxation) in the thoracic region had a significant effect on the immune function.

The examiners found that adrenal cortex functions of these allergy patients may be in the chronic decline condition due to chronic nerve compression from thoracic spine misalignment. Among 120 atopic dermatitis patients who received spinal correction treatments every day, 106 (88%) showed improvement in skin problems. They obtained over 70 percent improvement in allergic symptoms. Ultimately, the study determined that vertebral misalignment is a common and characteristic finding in patients with atopic dermatitis and bronchial asthma.6

A study published in 1987 determined a link between the nervous system and the immune system. Dr. Felton, an endocrinologist, along with his research team found that “the neurotransmitter, norepinephrine is present in sympathetic nerve fibers that innervate lymphoid organs and act on the spleen.” Norepinephrine in lymphoid organs plays a significant role in the regulation of the immune system. The authors of the study determined, “Stressful conditions lead to altered measures of immune function, and altered susceptibility to a variety of diseases. Many stimuli, which primarily act on the central nervous system, can profoundly alter immune responses. The two routes available to the central nervous system are neuroendocrine channels and autonomic nerve channels.” 7 Conclusion; the immune system is highly impacted by the nerve system through the interconnection between the autonomic portion of the nervous system and the endocrine system.

This link between the spine and the immune system also lines up with a study by Ronald Pero, Ph.D., chief of cancer prevention research at New York’s Preventive Medicine Institute and professor of medicine at New York University. It showed the positive effect that chiropractic care can have on the immune system and general health.

Dr. Pero measured the immune systems of people under chiropractic care as compared to those in the general population and those with cancer and other serious diseases. His initial three-year study was of 107 individuals who had been under chiropractic care for five years or more. The chiropractic patients were found to have a 200% greater immune competence than those people who had not received chiropractic care, and they had 400% greater immune competence than those people with cancer and other serious diseases. The immune system’s superiority of those under chiropractic care did not appear to diminish with age. Dr. Pero stated: “When applied in a clinical framework, I have never seen a group other than this chiropractic group to experience a 200% increase over the normal patients. This is why it is so dramatically important. We have never seen such a positive improvement in a group.”8

What is also interesting is the power of one chiropractic visit on immunology. In 1991, Patricia Brennan, Ph.D., leading a team of researchers, discovered an immediate immune boost following a single chiropractic adjustment. The study showed a “phagocytic respiratory burst of polymorphonuclear neutrophils (PMN) and monocytes” right after being adjusted by chiropractors. 9 Phagocytes are, the white blood cells that go out, engulf, and destroy unwanted cells and foreign invaders). This is something only an adjustment and no flu shot can do.

In 1994, Life Chiropractic University researchers took a group of HIV positive patients and adjusted them for six-months. They discovered that the “patients that were adjusted had a forty-eight percent (48%) increase in the number CD4 cells. CD4 cells are a critical part of immunity. The measurements were taken at the patients’ independent medical center, where they were under medical supervision for the condition. The control group (patients that weren’t adjusted) experienced the opposite effect with a 7.96% decrease in CD4 cell counts over the same period of time. 10

Some may ask, why haven’t they continued to do more in-depth research on chiropractic and halting “pandemics” in their tracks? The obvious answer is money. Trillions upon trillions are made each year scaring people about infection and what has amounted to every other year with a global scare (See: Zica, Ebola, Bird Flu, etc., etc.). Governments, media networks, and drug companies amass fortunes leveraging our fear. There are not trillions to be made by discovering that people just need an adjustment.

With all of the media, political, and corporate fear-mongering going on out there related to coronavirus, stay calm and follow your chiropractor’s advice on how to strengthen your immune system. And by all means; get adjusted!

Have fun saving the world 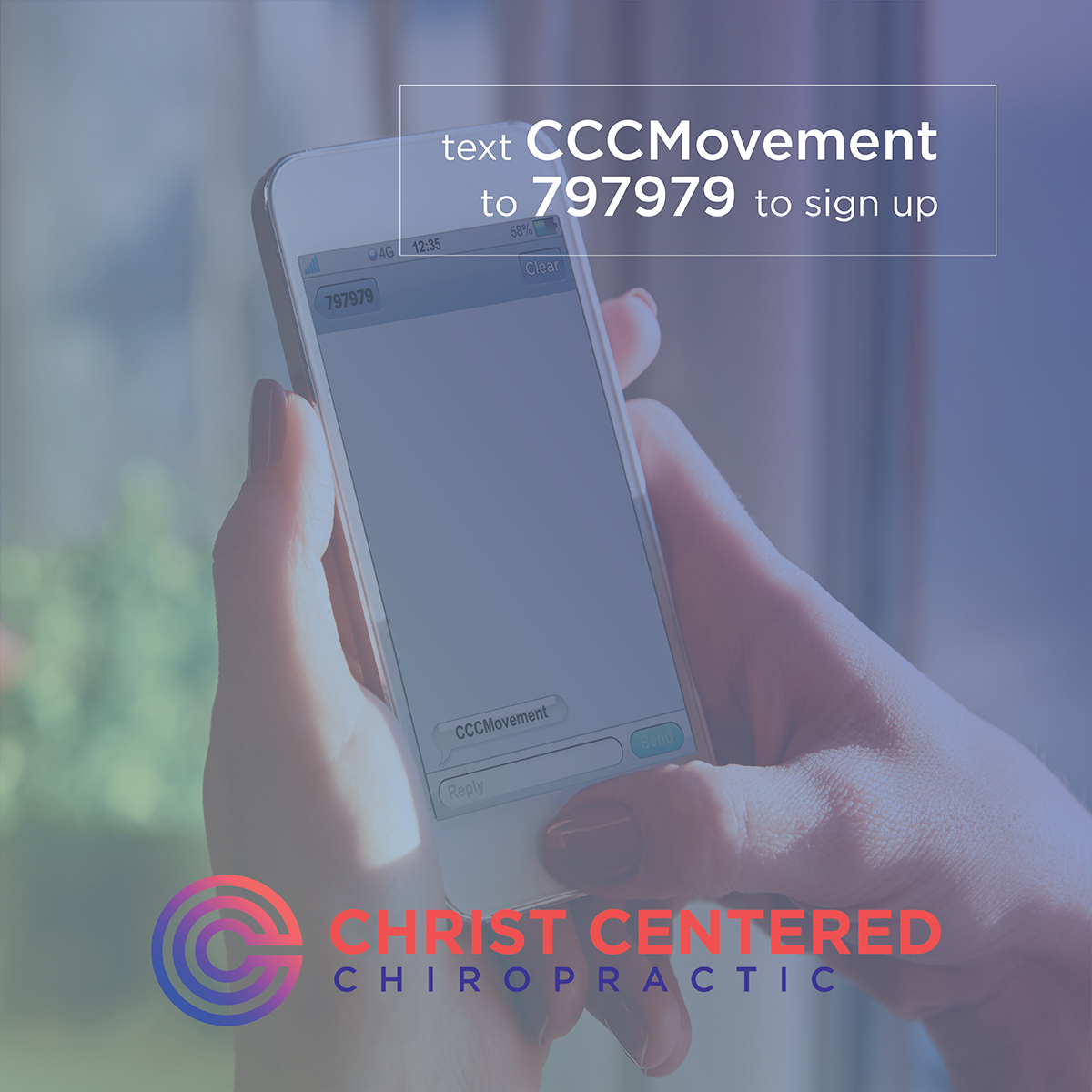 Dr Ben Lerner is now available to download for free on your mobile devices. 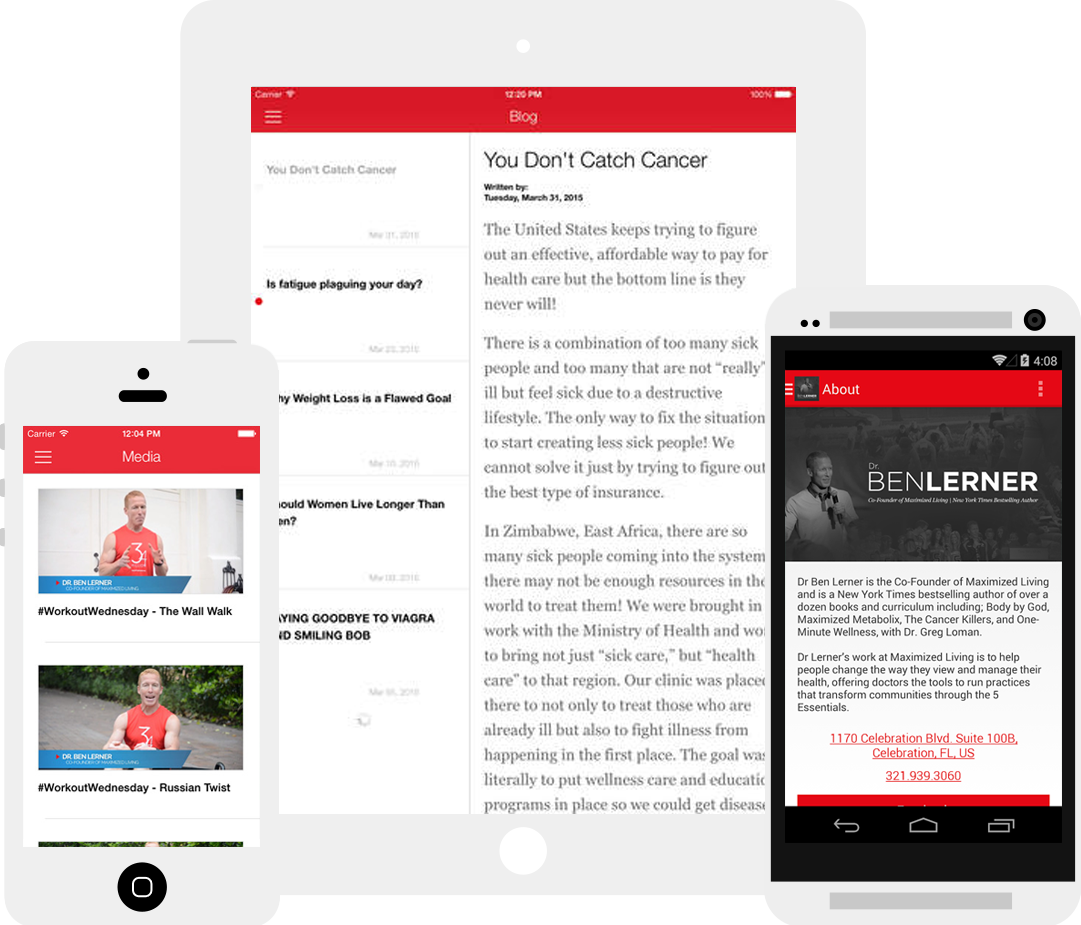 Dr Ben Lerner is the Founder of Velocity Coaching and Consulting and is a New York Times bestselling author of over a dozen books and curriculum including; Body by God, Maximized Metabolix, The Cancer Killers, and One-Minute Wellness, with Dr. Greg Loman. 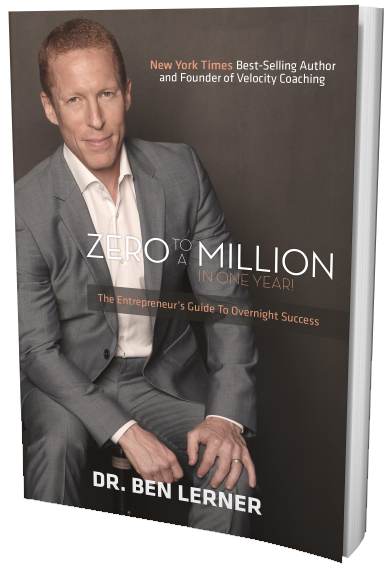 Zero To A Million

Launch your business from zero to a million dollars in a year (or less). This is the entrepreneurs guide to overnight success that you’ve been waiting for.